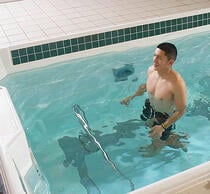 In this webinar, Collin Francis, Assistant Athletic Trainer at Indiana University, will present the case study of the rehabilitation of a Division 1 swimmer who required arthroscopic surgery on both knees. He will review the athlete’s background prior to surgery as well as his subsequent differential diagnosis and eventual treatment plan. He will then share the swimmer’s post-op functional rehabilitation schedule including videos of several specific exercises used in the water. Finally, he will present the outcomes of the rehabilitation, including goals met by the athlete.

As a result of attending this webinar, attendees will learn:


*Continuing Education (you must attend the live webinar in its entirety):
Athletic Trainers: One CEU available for Athletic Trainers through BOC
All Others: Certificates will be available if you wish to petition your certification agency for CEUs.

“I love and appreciate that you are doing this. It is information that I would otherwise not have access to, so I appreciate the format. The speaker was good, and... hit on some things that we could use. Thanks!” - J.O. (previous HydroWorx webinar attendee)

Collin works for the USA Swimming National Team as an Athletic Trainer and Medical Consultant. He was on the staff for the 2013 World University Games in Kazan, Russia. 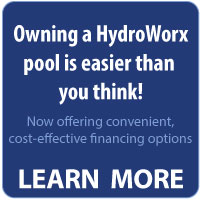