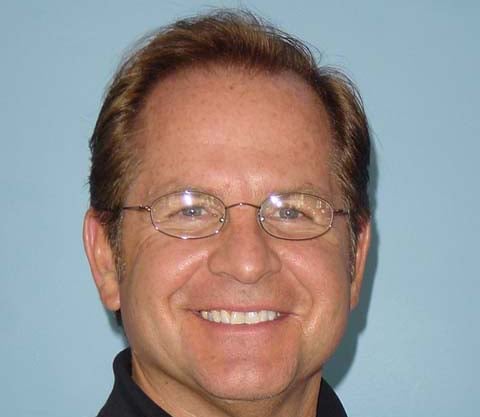 Dr. Kevin Wilk has a distinguished career as a clinical physical therapist for the past 29 years and as a leading authority in rehabilitation of sports injuries and orthopaedic lesions. Kevin is currently Associate Clinical Director for Champion Sports Medicine (a physiotherapy facility) in Birmingham, AL. In addition, he is the Director of Rehabilitative Research at the American Sports Medicine Institute in Birmingham and is Adjunct Assistant Professor in the Physical Therapy Program at Marquette University in Milwaukee, WI. Kevin is the Rehabilitation Consultant for the Tampa Bay Rays Baseball Team and has worked with the Rays for 15 years. Kevin served as President of the Sports Section of the APTA from 2007 till 2010 and has served as Vice-President, Education Program Chairman and Editor of the Home Study Course for the Sports Physical Therapy Section of the APTA for 7 years. Kevin is a clinician, researcher and educator and is generally regarded as a leading sports physical therapist and expert in the evaluation and treatment of shoulder, knee and elbow joint injuries. He is active daily with patient care, research and educational activities. 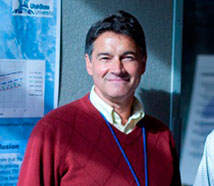 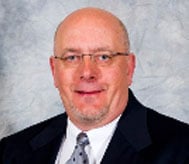 Dr. Paul Hetrick is the inventor of the HydroWorx 2000 Series Pool and currently serves as Chairman of the Board of HydroWorx. He is also the President of The Hetrick Center in Middletown, PA. Dr. Hetrick is an international lecturer on chiropractic rehabilitation and aquatic therapy. He is an advisory board member for the PTA program at Central Penn College as well as a former President, Chairman of the Board, Treasurer and Board member for the Pennsylvania Chiropractic Association. Dr. Hetrick received the Chiropractor of the Year honor from the Pennsylvania Chiropractic Association in 1991. He also serves as a post-graduate instructor at Palmer College of Chiropractic, Life University and Cleveland Chiropractic College. 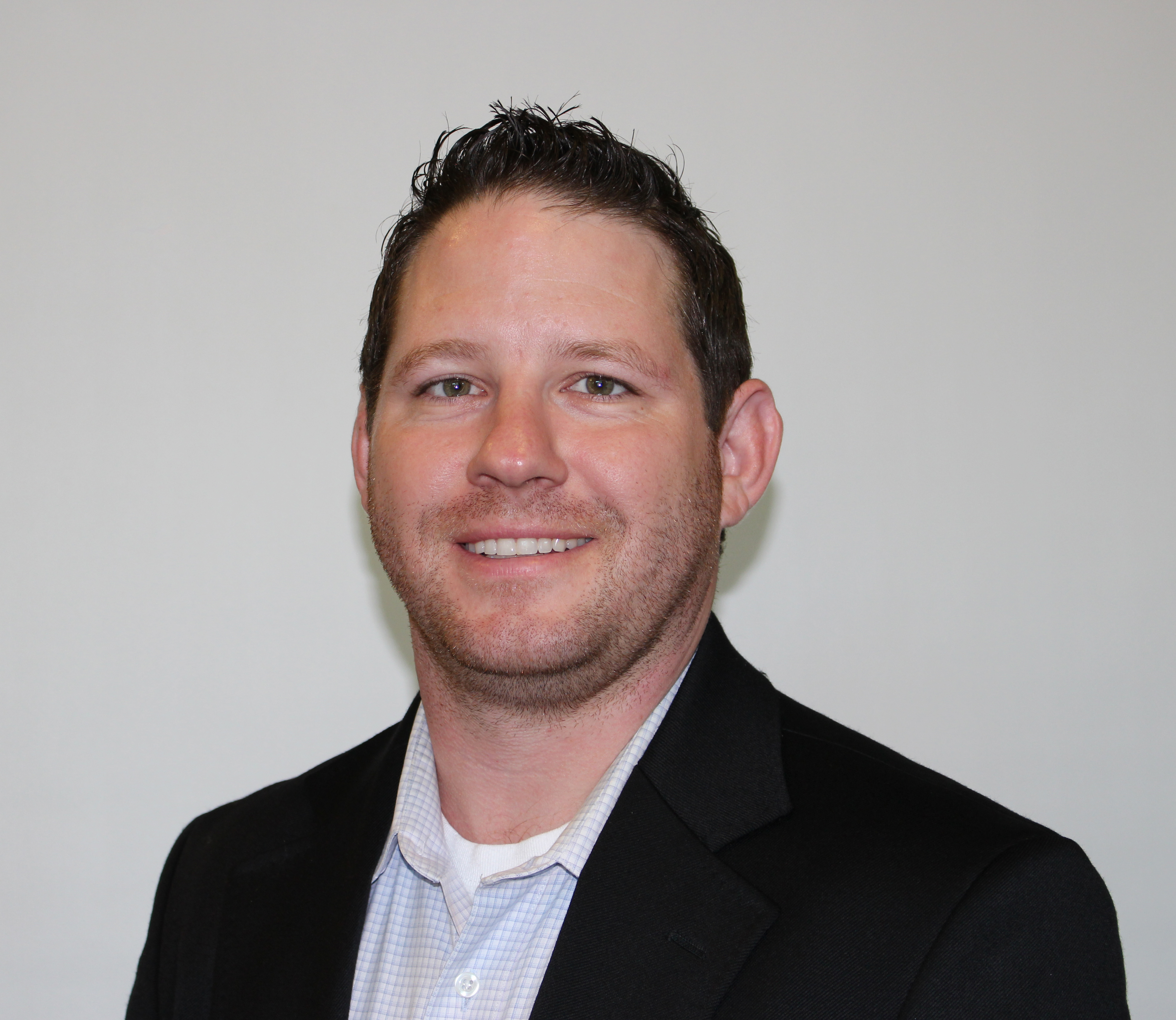 Keith McCrate is the Director of Rehabilitation at Presbyterian Village North, a faith-based nonprofit CCRC in Dallas, Texas. He received his Physical Therapy degree from The Ohio State University in 2002 and has been working with the geriatric population for the past 12 years. At PVN he oversees a team of 46 licensed therapists, and his comprehensive therapy program incorporates the latest information and technology, including aquatic therapy, into senior rehabilitation and wellness. 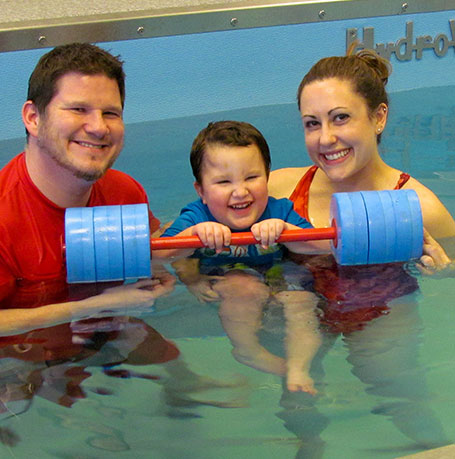 Ambyr Henderson, MS, CCC-SLP, and Timothy Williams, DPT, PT, were the recipients of the 2015 Healthcare Excellence in Aquatics Award. Timothy Williams is a licensed Physical Therapist in the state of Washington. He works at Summit Therapy and Health Services with Pullman Regional Hospital in Pullman, Washington. He graduated with his Doctorate in Physical Therapy from Southwest Baptist University in 2011 and received Bachelor of Science degrees in Neuroscience and Biology with a minor in Psychology from Washington State University in 2008. Timothy’s primary interests are in adult and pediatric neurological conditions, but he works with all orthopedic conditions. Ambyr Henderson is a licensed Speech and Language Pathologist at Summit Therapy and Health Services at Pullman Regional Hospital. She received her Master’s degree in Speech and Hearing Sciences from the University of Nebraska-Lincoln in 2009 and her Bachelor of Science degree from the University of Wyoming in 2007. Ambyr has experience working in both school and outpatient settings.  Her special interests include traumatic brain injury with children/young adults, telehealth, general speech and language delay/disorder, autism and early intervention. 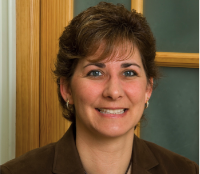 Veronica Paquette is a physical therapist and owner of Essex Aquatic & Rehab Center in Essex Junction, VT. Veronica graduated from the University of Vermont with a BS in Physical Therapy and is certified in Aquatic Rehabilitation. She is a member of the American Physical Therapy Association and the APTA Aquatics Section. She has been certified through the Aquatic Therapy and Rehab Institute since 1997 and through the Postural Restoration Institute since 2010. Practicing in the physical therapy profession since 1990, Veronica has developed a passion for treating patients in the aquatic medium. Opening the doors to her own private practice 12 years ago and adding private therapy pools has allowed her ability to continue to pursue her passion of treatment in the aquatic medium.

Submission proposals will close at 11:59pm EST on Friday, December 4, 2015. A minimum of one person from each department from HydroWorx will review each proposal and independently vote on their top 4 submissions. The 4 submissions with the most votes internally will be presented to the panel of judges and the general public for voting.

Voting will be open from December 17, 2015 until Wednesday, February 10, 2016, 11:59pm EST. Individuals are allowed to vote once per day. At the conclusion of the open voting period, the winner of the public’s vote will count as 1 vote. The finalists will also go through a judging process by a panel of independent judges which will each count for 1 vote toward the winner, for a total of 7 votes to determine the overall winner.

The winner of the 2016 Healthcare Excellence in Aquatics Award will be announced in the HydroWorx Booth #1504, at the American Physical Therapy Association's Combined Section's meeting in Anaheim, CA on Friday, February 19, 2016.